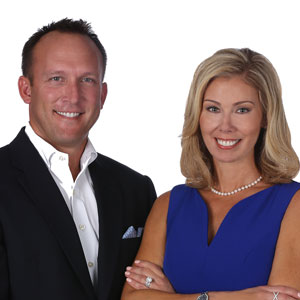 Two related trusts have paid a combined $10.2 million for a house built in 2010 and an adjacent vacant lot that served as its backyard, both in the 1500 block of North Ocean Way, according to the deed recorded late Friday.

Conveyed via separate deeds, the parcel with the four-bedroom house at 1558 N. Ocean Way and the backyard lot at 1581 N. Ocean Way total nearly seven-tenths of an acre. Photo by Dean Mathews, courtesy of the Corcoran Group A four-bedroom house at 1558 N. Ocean Way has changed hands for $7.6 million along with a vacant lot that serves as its backyard for $2.6 million. The lot’s address is 1581 N. Ocean Way.

Two realty trusts named after each property’s address were the buyers, and each had the same trustee — attorney Thomas J. Harrington, whose office is in Wellesley, Mass. No information about anyone else associated with the trusts was immediately available.

The vacant lot was sold by retired banker John A. Reid Jr., who has downsized to another Palm Beach house nearby and also has ties to Morristown, N.J., property records show. He joined his sister, Jill Reid Mullan, and her husband, Andrew S. Pederson, also of New Jersey, in selling the house, which the three had bought in 2011 to share as a vacation house, Reid said Monday.

Mullan and Pederson’s plans changed, however, with the recently married couple spending more time in New Jersey, he added.

Agents Heather and Craig Bretzlaff, of The Corcoran Group, acted on behalf of the sellers and had listed the properties together at $10.695 million in February 2016.

Copeland wouldn’t comment about specifics of the deal but did say her clients were not planning to sell the vacant property.

“The appeal of the property was the large lot,” said Copeland, who declined to identify her clients by name.

Attorney Harrington confirmed that he is serving as trustee of the trust that bought the house but isn’t the property’s end-user.

Measuring 13,000 square feet — or a little less than a third of an acre — the backyard lot had its own title and is a build-able, subdivided parcel. Photo by Dean Mathews, courtesy of the Corcoran Group A Caribbean-Georgian-style house at 1558 N. Ocean Way was listed with its vacant backyard lot for $10.695 million in February 2016.

With Georgian-influenced architecture, the West Indies-style house has 7,593 square feet of living space, inside and out, and stands a block from the beach.

The Bretzlaffs also represented Reid when he paid a recorded $4 million for a four-bedroom, 5,317-square-foot house at 1494 N. Ocean Blvd. in March 2016. It had been listed by agent Thor Brown, of The Fite Group.

Architect Peter Papadopoulos, of Smith and Moore Architects, designed the house that just sold. It was developed on speculation and completed in 2010 by Leeds Custom Designs on a lot measuring nearly four-tenths of an acre. The original development team included Lee Gordon, real estate agent Scott Gordon, today of The Fite Group, and their father, the late Robert Gordon. George L. Ford III, of Leeds Custom Design, also was among the developers.

Features include 9- and 10-foot ceilings, Venetian plaster walls, a central foyer and stair hall, a wood-appointed library and a covered loggia.